A Fistful of Dollars

The first of Sergio Leone’s masterful Spaghetti Westerns is by definition a landmark - it invented a whole sub-genre, set Clint Eastwood upon the road to superstardom, made a legend of composer Ennio Morricone, and managed something impossible: it rejuvenated the ailing Western. In short, it was like the arrival of punk rock.

San Miguel is a one-horse town that's being pulled apart by two rival families. John Baxter, the crooked town sheriff, seeks to establish his own version of law and order with support from his son, Antonio and their gang of thugs. But the Rojo Cartel - headed up by a trio of volatile brothers: Miguel, Ramon and Esteban - have their own ambitions for San Miguel and its strategic position on the Mexican border.

Enter the Man with No Name (Eastwood): a laconic gunslinger for hire who drifts into town and, after learning of the Baxter-Rojo feud, spots an opportunity. He plays the warring clans off against one another and turns their vendetta to his advantage - but the stranger's duplicity riles both families, and the vengeful Rojos decide to take drastic action in the battle for San Miguel.

The festival is screening the English-dubbed, restored international version (and in 4k at the Astor Theatre). This is the only restored version available. 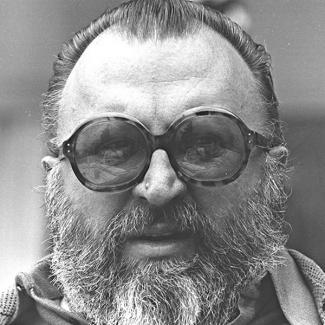 A moviemaking veteran from a young age, Roman-born filmmaker Sergio Leone got his start working for Vittorio de Sica on the 1948 classic The Bicycle Thief and worked his way up through the ranks of the Italian film industry. In the 1960s, he popularised the subgenre known as the Spaghetti Western (western all'italiana) with his Dollars Trilogy, beginning with, A Fistful of Dollars (1964).  Featuring innovative imagery and iconic scores, the films launched a craze that would last for decades.