Claudio Bisio, the star of Messy Christmas (LIFF17) and Welcome to the South (LIFF11), leads this tender adaptation of Michele Serra’s novel of the same name, about the difficulty of a separated father in relating to and controlling his teenage son.

Giorgio is a famous TV presenter who is appreciated by millions of viewers, but not by his son and his friends who frequently descend on Giorgio’s luxurious apartment. Tito is cheerful with his friends, agreeable with his mother, close with his grandfather and tender with his new girlfriend, Alice. It’s only Giorgio with whom Tito is distant and aloof. Giorgio is left confused and feeling guilty, wondering where it all went wrong.

Adapting Serra’s popular novel, which was structured as a series of letters from father to son, screenwriters Francesca Archibugi (the writer/director of 2015 Festival highlight An Italian Name) and Francesco Piccolo (the screenwriter of The Leisure Seeker 2017, Mia Madre LIFF15) craft a funny and intimate portrait of a misunderstood father and intergenerational angst against the backdrop of contemporary Milan. 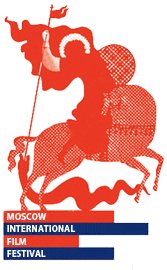 Francesca Archibugi is a writer and director, best known for the multi-award winning 2015 Festival highlight An Italian Name. Her 1988 debut Mignon Has Left won five Italian Academy (David di Donatello) awards. She won the Italian Academy award for Best Film in 1990 with Towards Evening and again in 1993 with The Great Pumpkin, which was also selected for the 1993 Cannes Film Festival. Couch Potatoes is her tenth film.