Francesca (Devos, Number One 2017) is the only daughter of famed Turin architect Manfredi (Giulio Brogi, Sweet Dreams LIFF16), a man she only visits on rare occasions. Francesca quit the family firm years ago and has lived in Paris for many years with her daughter, now a teenager, and her husband Benoît (Hippolyte Girardot, Ismael’s Ghosts 2017), an introverted financier in his sixties. After an accident at home leaves Manfredi bedridden, he asks Francesca to take over his place on the restoration of a magnificent lakeside villa in Turin.

There she will work with her father's business partner and 'heir apparent', Massimo (Fabrizio Gifuni, Sweet Dreams LIFF16), a man who has based his entire life on his architectural career. After a hesitant beginning, Massimo and Francesca ease into a professional harmony and a feeling emerges that will bring them, perhaps for the first time, to confront themselves and their authentic desires. 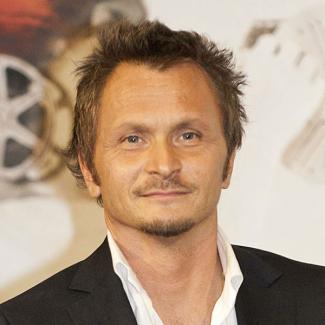 In 2003, Paolo Franchi made his feature debut with The Spectator, starring Barbora Bobulova. It was a Tribeca Film Festival Jury Prize nominee, and won Best First Feature at the Italian Golden Globes. In 2007, his second feature Fallen Heroes was nominated for a Golden Lion at the prestigious Venice Film Festival, and in 2012 his third feature And They Call it Summer earned him the Best Director Prize at Rome Film Fest. Where I’ve Never Lived is his fourth feature.